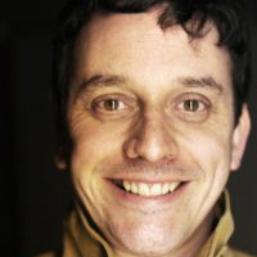 “Alex was one of a small band of writers who worked on the second series of John Bishop’s Britain on BBC 1 and he made a significant contribution to it being the highest rated stand up show of 2011 bringing in six million viewers a week. He can turn material around quickly and has the great skill of enhancing existing ideas to make a show better rather than just wishing to force his own material which makes him a great collaborator”
- John Bishop

“Alex started stand up the year before me at the same dodgy backrooms and pubs in Manchester. He has gone on to be one of the most assured confident stand ups on the circuit and regularly plays all the top comedy clubs here and abroad. I employed him as a writer when I was on 8 Out of 10 cats, he is quality.”
- Jason Manford

“A great comic and a skilled writer”
- Sarah Millican

Alex Boardman is now one of the most sought after acts in the country due to his ability to interact with any audience and to seemingly conjure something out of nothing. His free flowing style and natural charm breeze through in performances. His unique brand of “Flattery and abuse” is done with a lack of malice and a big sense of fun.

Before you ask, he is no relation to Stan Boardman.

•Warm-up act for “An Evening with Eric Cantona” The London Palladium (2017) and The Lowry Salford (2017) Five sold out shows in total.

•Warm-up act and writer of Paul Hollywood “Bake Off Tour” (2015) Approx. 40 dates in total at theatres in UK and Dublin.

•Various military gigs throughout the world

MC and act for The Comedy Store, The Glee, The Stand, The Komedia and most other clubs in the UK.