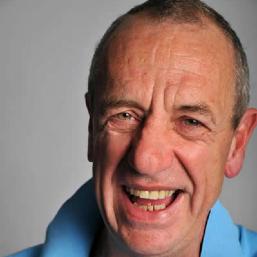 Smith was one of many stand-up performers on the alternative comedy scene in the 1980s. He still performs today in much the same manner, and has regularly attended the Edinburgh Fringe comedy festival since 1977, and still compering the long-running Hackney Empire New Act of the Year competition final. He has also written a body of serious or semi-serious work, including stage plays such as An Evening with Gary Lineker.

In addition to stand-up comedy, Smith has performed musical comedy shows such as Arthur Smith Sings Leonard Cohen (later broadcast on Radio 4). He returned to this theme for the Edinburgh Fringe in 2013 with "Arthur Smith Sings Leonard Cohen (Volume Too). He is also a radio presenter on such BBC Radio 4 programmes as Excess Baggage and Loose Ends, and appears on television comedy panel games. He took over as narrator of the TV series A Life of Grime after the death of John Peel and was one of the Grumpy Old Men in the television series of that name. Both of the latter two series used "What a Wonderful World" as their theme song. For Grumpy Old Men, Smith was one of the cast members who contributed to a montage rendition of the song.

One of Smith's routines has been set to music by Mark Beazley, aka Rothko, for a CD curated by comedian and writer Stewart Lee. The CD, The Topography of Chance was guest-curated by Stewart for the Sonic Arts Network and Arthur's track is called I've seen your arse and contains extra vocals by Caroline Quentin taken from a live recording of Smith's show, Arthur Smith's Last Hangover.

In December 1985, Smith, along with temporary comedy partner Phil Nice, made a short series of parody documentaries for Channel 4 television network called Arthur and Phil Go Off. One episode, titled "Nessie – Real or Pretend" about the Loch Ness Monster, was aired in America on the A&E cable channel in 1986. None of these shows has officially been released to any video format.

During the late 1980s, Smith took the role of consumer expert, testing such items as hangover cures and Pot Noodles on the BBC Radio 2 Nightcap show hosted by Peter Dickson.

In 1989, Smith provided voices for an Aardman Animations short called Ident with Nice and later in the mid and late 1990s, he went onto lent his voice to some television animations including the TV short The Animal Train as Jim Jam (with veteran voice actor Rick Jones voicing the character in the USA version), the BBC clay animated series Rex the Runt (also made by Aardman) as Arthur Dustcart in five episodes and the British-French children's animated series Romuald the Reindeer as the big bully Clint.

One of Smith's more unusual roles was in the sitcom Red Dwarf in the episode "Backwards". He plays a bar manager on backwards Earth who has hired Kryten and Rimmer as a forward novelty act. He gave a speech (in reverse) blaming Kryten and Rimmer for starting a fight. If, however, the speech is played forwards, he is heard to be insulting the listener who has flipped the recording over trying to find out what he was saying ("What a poor sad life he's got").

A night in watching football with Tony Hawks ended with him challenging Hawks to beat the entire Moldovan football team at tennis. Hawks took him up on this bet, and wrote a book about it. Hawks won the bet, and Smith had to stand on Balham High Road and sing the Moldovan National Anthem whilst naked.

Smith also appeared in a cameo role in the first series of the BBC science fiction radio comedy Married. He played a version of himself from a parallel universe who eked out a living as a children's party entertainer. This role expanded in the second and third series.

In 2006, Smith played "Clarrie" in the Doctor Who audio, The Kingmaker.

He is currently one of the hosts of "The Comedy Club" on BBC Radio 4 Extra and also narrates the BBC series Money for nothing. He makes a cameo appearance in the music video of the song Happy Goddamn Christmas by Loretta Maine and Matt Roper, released on 13 December 2012 via BBC Three.

In August 2016 he appeared in the role of Mr Harman in the revival of the BBC sitcom Are You Being Served.

Awards In 2005, Smith turned down a lifetime achievement award from the Perrier Award organisers. He said that "Comedians rather dislike the Perrier Awards and the public aren't interested. Basically, they wanted to tell me I was old and cool; well, I know that already, and anyway, my ego is bloated enough. In 2007 he went on to win the Panel Prize at the Edinburgh Fringe.

In 2010, he was a Malcolm Hardee Cunning Stunt Award nominee for best publicity stunt at the Edinburgh Fringe after declaring that he would pay £100 to any journalist attending his show who would juggle fish.