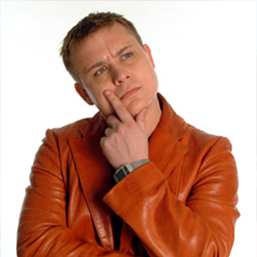 Barry Castagnola has been performing stand-up in the UK and internationally since the late Nineties – when he blagged his way onto the stage at The Comedy Store in Los Angeles. He has appeared in the Channel 4 show Experimental and presented The YES/NO Gameshow on cable channel Bravo. He is also one third of the spoof ecowarrior troupe Cyderdelic (alongside Marc Wootton and Liam Woodman), who made a six-part BBC Three series and made regular appearances on Channel 4's 11 O'Clock Show.