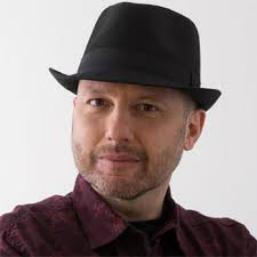 Being both Jewish and Welsh, Bennett had little choice other than to be a Comedian.

SHOWING OFF ON STAGE, SCREEN AND RADIO

Bennett has performed at all the major comedy clubs around the UK as well as entertaining audiences in Italy, Australia, The Netherlands, Germany, Poland, South Africa and Hong Kong. He also supported Ricky Gervais on some of his tour dates.

As well as being a Presenter at BBC 3 Counties Radio, Bennett is also currently playing the role of Morris in the Radio 4 Sitcom ALONE.

Bennett presented the Documentaries The Kosher Comedian for the BBC and How To Steal An Identity for Channel 4 – for which he was BAFTA shortlisted.

As an Actor, Bennett worked alongside Michael Sheen in the film Dead Long Enough and he played the part of The Great Suprendo in the film Genie in the House: Legend of The Dragon. He also starred in the online advertisement for The MyTaxi App, which had over 1.5 million views across Social Media;