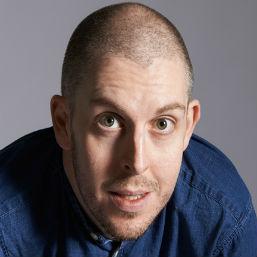 Nominated for best comedy show in the 2013 Foster's Edinburgh Comedy Awards for Now That's What I Carl Donnelly Vol 5.

He started his career scooping awards, taking the 2006 Laughing Horse new act competition, the 2007 Chortle Award for best newcomer and the 2007 Leicester Mercury Comedian Of The Year.

"A hell of a lot of innocent fun" Chortle
"A flair for sharp observational humour and a superb delivery" Fest
“By staying true to his daft self, has as much honesty as a hard-hitting political comic.” Chortle
"The maturity of a 14 year old." BBC Leicester
“The highlight of the show…definitely one to watch” One4Review
"Brilliant stand up – quick, well-paced and affable" ThreeWeeks