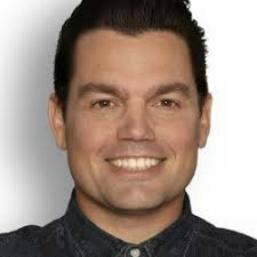 ‘Devon's answer to Frank Sinatra, Baker's combination of stand-up and song makes up a superior modern take on the traditional showman.’ (The Guardian).

An inextinguishable on stage charm allows Charlie to be an outstanding compere and loveable act. His enthusiasm and love of laughter are obvious to the audience. Charlie is unique on the circuit and is rising fast.

Charlie Baker is a versatile talent, not only a much in demand stand-up comedian and compere, but also an accomplished, highly acclaimed Jazz singer and musician (solo, and with The Charlie Baker Band).

He has been a finalist in the prestigious C4 ‘So You Think You’re Funny’ comedy competition and in the ‘You Must be Joking’ competition 2006 and was a ‘BBC New Act’ semi-finalist in 2005.

He has gigged extensively around the country including comedy venues such as 'Just the Tonic' 'Tattershall Castle' ‘Comedy Café’, ‘Chuckle Club’, 'Covent Garden Comedy' and ‘Big Night Out’. In 2008 he compered the prestigious ‘Big Value Comedy Show’ at The Edinburgh Festival.

Charlie graduated from LAMDA in 1997 and has acted on both screen and stage, including in ‘The Long Firm’ on BBC1.?He has also presented the ‘Saturday Breakfast Show’ on BBC Radio Berkshire.

His music career has seen him perform with the John Wilson Orchestra, the Syd Lawrence Orchestra, The Ted Heath Big band, as well as with his own musicians. Previous music gigs include Sir Ian Mckellen's 50th Birthday party, The Houses of Parliament, the MTV Cannes party, The Labour Party conference 2004/2005, the Vogue Conde nast Summer party and The Queen Elizabeth Hall.