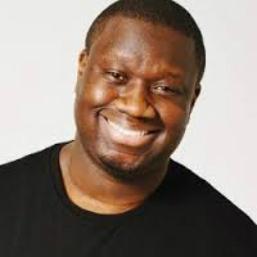 Funmbi Omotayo’s friendly, instantly likeable style won him the award for Best Newcomer at the Black Entertainment Comedy Awards. He has since gone on to win the prestigious Leicester Square New Act of the Year competition in 2012; shortly after becoming joint winner of Amused Moose’s Laugh Off Competition in the same year. Gently paced stories and anecdotes are delivered warmly and confidently from this relative newcomer. Funmbi is creating a huge storm on the comedy circuit with tales of living in Hackney, his Nigerian roots and his hilarious day to day observations.

"A charming young comic…he’s got the jokes to back up his charm. Soon, he could be playing to thousands" - TIME OUT

"Plenty of original insights and honest home-truths to enjoy" - CHORTLE

"A classy young stand-up and, a headliner in the making" - LONDON IS FUNNY