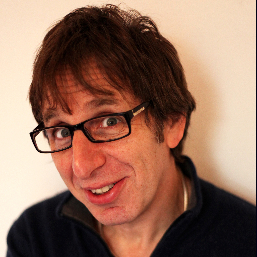 Ranked amongst the top ten stand-ups in Britain by The Independent, Ian Stone is one of the most talented topical acts and comperes in the country. Edgy and provocative, with an easy-going manner and self-depreciating style, Ian is at great ease bantering with an audience. He's a member of the Comedy Store's critically acclaimed 'Cutting Edge' team. Ian also received a nomination in 2012 for the BEST SHOW at the Leicester Comedy Festival Awards. He has performed all over the world including Comedy Festivals in Australia, New Zealand, Hong Kong, South Africa, Holland, France, Ireland and Germany. He’s entertained the troops in Kuwait, Bosnia,Kosovo, Cyprus and Afghanistan. He was the first British stand-up to perform in Moscow and the first performer to appear for The Comedy Store in Mumbai.