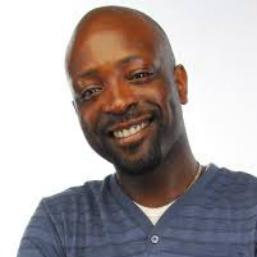 Stand-up comedian Jason Patterson is an Award Winning Comedian who started out in comedy in 2006 and since then he’s performed at comedy clubs all over the UK including: Manchester, Nottingham, Birmingham, Brighton and Derby to name a few. He also won the Comedy Store Gong show (March 2008) and has gone on to perform a series of impressive spots there. Jason's strong performances have led to him being nominated for Best Newcomer at the Black Entertainment Comedy Awards 2008.

In 2009 he reached The Hackney Empire New Act Of The Final and delivered a storming set (previous finalists include: Gina Yashere, Russell Brand, Eddie Izzard etc) he also reached The Laughing Horse New Act Of The Year Final 2009. In 2009 Jason made his TV debut with a set on Kojo's Comedy Funhouse which aired on MTV Base. In 2010 Jason starred in a new comedy sketch show for Brown Eyed Boy which aired on BBC3.

Jason was also a runner up in the CDN/Channel 4 Stand Up Search 2010. Jason is currently performing sets at major comedy clubs including The Comedy Store, Comedy Cafe, The Comedy Club, Jongleurs, Off The Kerb, The Glee Club and Banana Cabaret.

In 2010 he won the Loaded Laftas Rising Star Comedy Award. With the confidence and stage presence of a seasoned pro this award winning comedian is definitely one to watch out for.