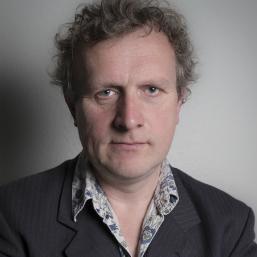 "Liberates the lunatic side to our personalities - brilliantly!" - Time Out

Noel James' credits are too numerous to list in full so we asked him to write his own biography to give you an idea how this bizarre mans brain ticks.

"My name is Infact Noel James, although I never pronounce the Infact…"

These are the first words of Infact Noel James' act - an act which, dare I say, confounds even his closest psychopathic hangers-on.

For eight years, Noel has performed comedy throughout the UK. He does it for a living and has performed at all the major clubs and festivals. Glastonbury, Reading, Edinburgh to name but three.

Before entering showbiz old Noel tried his hand at teaching. Without much success, he taught English as a foreign language: he taught it as Welsh!

The above definition gains significance when you perceive his lilting delivery. Not only does it have totally tropical taste and perfect timing but indeed it stems from his mouth which has its dark origins firmly rooted in that far-off land called Wales. As you will see, the rest of his body has no fixed abode but its amazing what a transplant operation can do.

But not for him the comedy of stereotyping - he finds it all too easy. Well, he is a Capricorn (near the Sagittarius end which makes him a Saggycorn)- His act is gag, gag, gag all the way - though some of it consists of non-baby-talk. Above all, his act is highly original; the guy who wrote it assured him of this.

Surreal, bizarre, absurd, intelligent, and yet, somehow strangely attractive. No, seriously he is a very accessible act who generally goes down well anywhere.

TV Credits worth mentioning include:
Packing Them in -Channel 4
The Stand-up Show -BBC
Giamocs -S4C

The last one you may not have heard of. It was a Welsh language Show which Noel Co-wrote and starred in and it got nominated for the Rose of Montreauxoxex (and that's true).

He's also done a bit of serious acting, and as for music! Well, what he does is throw in a bit of guitar playing and singing, of a sort, as well as a few prop gags. I'm telling you, this man is so spontaneous he'd combust if it didn't ruin his shirt! He's really funny.