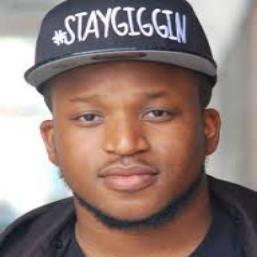 Ola has a distinctive voice and presence, a calm gravitas beyond his 27 years. He’s unusual. He’s not encumbered by self-deprecating false modesty, and if he mentioned it once, he mentioned it half a dozen times that he wants to be one of the greatest comics in the world.

Young, driven and hugely talented, Ola is a stand-up comedian, writer and actor with natural originality and enviable stage presence.

Renowned for his intelligent, edgy humour, Ola has been selected to represent the UK in the Montreux Comedy Festival's gala showcasing the best comedy talent from around the world. He has already appeared on The Comedy Store on Comedy Central, and he writes for Radio 4's The Now Show, The News Quiz and Can't Tell Nathan Caton Nothing where he also played various roles.

"The sort of enthusiastic, charismatic act likely to be plucked from the circuit by TV producers seeking a presenter to appeal to a youthful demographic"

"A confident, laid-back performer with a refreshing honesty and an interesting story to tell. He has some really smart jokes"