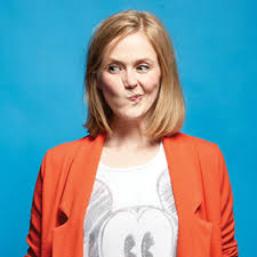 It all began when I was neglected as a child.

I needed a lot of attention and my parents only gave me love.

So I took to the stage - appearing on all sorts of kids' shows: Saturday Disney, Newsround, Finders Keepers.

I won rollerblades, but it wasn't enough.

After spending my adolescence as the fat kid, I graduated, as most of us fat kids do, to become "the funny one".

After a gap year spent teaching wolves how to search for water, I started working in the more aggressive field of Stand Up Comedy.

Since those early days, I have appeared around the world in various guises, touting my wares to Australia, Switzerland, Hong Kong, Singapore, Norway and Manchester.

I've been on the telly - Fast and Loose ( yes you DO remember it) BBC 2, Live at the Electric- BBC 3, Alan Davies: As Yet Untitled - Dave, Drunk History -Comedy Central and The Dog Ate My Homework-CBBC.

I've been on the Radio 4 - The Now Show, Fifteen Minute Musicals, Newsjack and various voices in different bits and bobs.

I used to spend a lot of time being Loretta Maine - an adorable singer/songwriter from the USA, but she is currently in rehab.

And I am a core member of the Olivier Award winning Showstoppers! We make up musicals. On the spot. Yes, it is as impressive as it sounds.

And I am the co-creator of Sunday Assembly - a network of Godless Congregations around the world. SAY WHAT? Yes - you can read more about that here. It's an extra string to my funny bow.