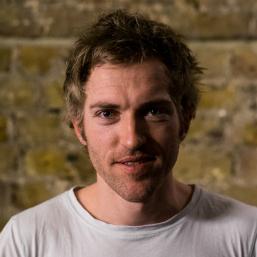 Headlining the nationally acclaimed student circuit in the United States, Russell regularly takes his hour long solo shows across the country to the biggest universities, but he is now in the UK.

Prolific and consistently delivering quality new work, audience members return for two nights in a row. No two shows are ever the same.

One of the most exciting comics to come out of America, Russell Hicks is branded one of the 'Top Six Comics to Watch' by LA's Stand Up Talk Magazine. He has appeared on LA based panel show Direct TV's 'What's News?' and is a regular guest on hit podcasts such as Talkin' Sh*t with Eddie Ifft.

Prolific and consistently delivering quality new work, audience members are often compelled to return for two nights in a row. Fast and loose, no two shows are ever the same.

"Hicks has a sharp wit.. the pessimism of Jack Dee mixed with the deadpan aggression of Denis Leary. A riproaring night of tough love from a witty comedian ****" - Broadwaybaby.com - Aug-2014