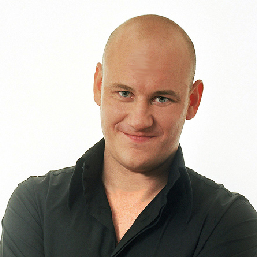 Terry Alderton is an outstanding comic (and ex-Southend goalkeeper) who holds the record for the most encores at the Comedy Store. He has appeared at The Royal Variety Performance and has been nominated for the prestigious Perrier Award. He’s the first call for all the comedy club bookers in the country, but following a little chat with a certain Eddie Izzard he’s been persuaded to take to the road...

“You can’t carry on storming gigs like this. I can’t do what you can; you need to be out there and on tour.” - EDDIE IZZARD

“Terry Alderton was sensational and hilarious.” - THE SUN

“The funniest export Southend has ever produced” - THE MIRROR