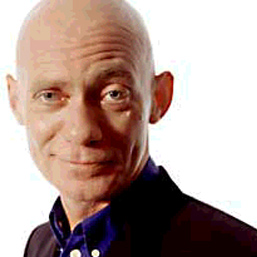 Comedian, writer and actor Tim Clark is one of the brightest lights on the national comedy scene and a familiar face on television. His regular appearances at live venues throughout the country and especially at The Comedy Store and Jongleurs keep his wit sharp and his material fresh. His striking looks, quick wit and affable nature has made sure that Tim makes an instant impact on his many TV and radio appearances.

His extensive sporting knowledge makes him well suited as a regular panelist on BBC Radio 5 Live's 'Fighting Talk' and he is also a writer on the BBC Sports Personality of the Year awards and was co-writer (with Barry Cryer) on the BBC's 'Stand-up Show'. He has also written material for many well known personalities including; Jonathon Ross, Phill Jupitus and Mark Lamarr.

As a comedy performer Tim excels as a stand-up comedian, compere and conference host and continues to work all around the world. Tim was the first western comedian to work in Beijing, China and can still be found working in a variety of diverse situations, from military shows to corporate events.

'Loved it' - The Sunday People

'...hides his considerable skill behind a blokeish mask of bonhomie which appears absolutely effortless in construction' - The Guardian