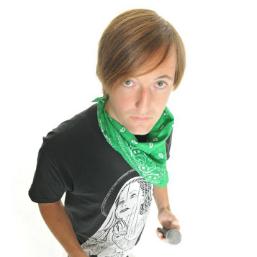 Renowned for his cutting edge comedy and intrepid social commentary, double Edinburgh Comedy Award nominee (2007 & 2011) and star of Sky’s JOHN BISHOP’S ONLY JOKING and BBC’s LIVE AT THE APOLLO, host of the BBC3 EDINBURGH COMEDY MARATHON & series regular on Sky’s WALL OF FAME, Andrew Maxwell is always a must-see for any comedy fan.

Always adept at making shrewd, balanced and very funny political observations, Maxwell was one of the first comics at the 2011 Edinburgh Festival to react to the riots in England and the Arab Spring and evolve his act accordingly to rave reviews and a nomination. He has just finished performing his exciting new 2012 Edinburgh show THAT’S THE SPIRIT at the Assembly Rooms George Square to sell out audiences. He followed this with a run at London’s Soho Theatre. He also performed at the Montreal Just For Laughs Comedy Festival (incl. a performance at the televised American Dream gala) just before he headed to Edinburgh in the summer.

This Autumn, Andrew filmed his first ONE NIGHT STAND for the Dave Channel (ably supported by Chris Ramsay and Benny Boot) which will air on Weds 12th December. He will also soon be seen on Sky Atlantic’s DON’T SIT IN THE FRONT ROW, which is hosted by Jack Dee, and MONUMENTAL, a new BBC NI series hosted by Adam Hills which will start airing in the New Year.

Later this year, Andrew will again be seen on Sky Atlantic in their new and exciting comedy series, Edinburgh smash hit SET LIST. He appears in one of the UK episodes and also performed at a special from Los Angeles which was hosted by Matt Kirshen. Other comedy talent involved in the series include Robin Williams, Roseanne, Drew Carey, Ross Noble, Hannibal Burress and Greg Proops and it will air from the Autumn.