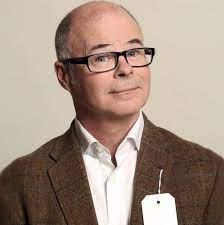 “ALTHOUGH HE LOOKS MILD-MANNERED AND STUDIOUS, HE ACTUALLY PACKS A WRY, CHEEKY WIT. THERE IS, MOST DEFINITELY, SOMETHING WARMLY ALLURING ABOUT HIM. HIS WINNING PERSONA GOES A LONG WAY"

Andy has an expertly crafted routine littered with an eclectic mix of offbeat original comic songs and parodies. A talented musician with a captivating voice, popular songs have been re-written and given a perverse twist to tremendous comic effect. With a wickedly dry sense of humour, Andy’s darker material is sweetened by his innocent and impish demeanour which never fails to leave audiences in the palm of his hand. With impeccable timing, the inventive and quirky songs are peppered with inspired patter – the material is as strong as the songs and delivered in an inimitable modest and self-deprecating style.

On TV screens Andy appeared The John Bishop Show, performing a storming set at the Hackney Empire, alongside a stellar line-up from the worlds of comedy and music. The show transmitted in a primetime Saturday night slot on BBC One, having impressed audiences and executives alike, Andy returned a few months later to perform on The John Bishop Christmas Show (the only Artiste to be invited back from the series). he has performed on The Comedy Store for Comedy Central, and two series of The World Stands Up, also for Comedy Central.

In 2016 Andy performed at both the Teenage Cancer Trust Concert at The Royal Albert Hall and the Waverly Charity Comedy Gala at the Edinburgh Playhouse. He was invited to appear in several support slots for the mighty Lee Evans and has performed at Altitude Comedy Festival in Austria alongside Sean Lock and Bill Bailey. He has previously had the honour of working with Michael McIntyre, John Bishop, Jason Mansford, Alan Carr, Jimmy Carr, Micky Flanagan, Jim Jeffries, Harry Hill, Rhod Gilbert and Jack Dee, to name a few stand-up luminaries.

Proving that his brand of comedy is universally appealing, Andy has delighted comedy audiences as far and wide as Switzerland, Belgium, Hong Kong, Tokyo, Bangkok, Dubai, Mumbai and the Caribbean. He is also a firm favourite with the Armed Forces, performing several tours on Naval ships in ports around the world, as well as Iraq, Afghanistan and the Falkland Islands.