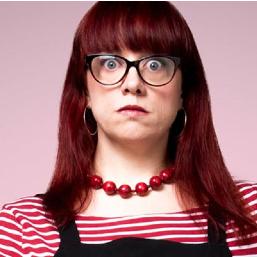 Following sell-out Fringe shows in 2014 and 2015, Angela Barnes (Mock The Week, Alan Davies: As Yet Untitled, Russell Howard's Good News, BBC Radio 4's The News Quiz, host of Newsjack on BBC Radio 4 Extra) is back with her brand new 2017 show, Fortitude. Stand-up and stories from a reluctant 40 year old with some stuff to say.

'Feels like a sure-fire bet the instant she utters her opening lines' (Scotsman).

'The pace is fast, the material strong and the delivery perfect' (Chortle.co.uk).