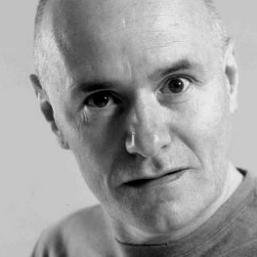 Dave is one of the most respected and best loved comedians working on the British comedy circuit, having performed extensively in UK comedy clubs, and comedy clubs and festivals worldwide for nearly 3 decades.

Making guest appearances on much loved TV comedy shows like:

•The Footballs On - BT Sport

“"Highlight of the week, Geordie comic Dave Johns stealing the show on last night's Never Mind the Buzzcocks". The Sun

Dave is also a talented improvisor, making regular guest appearances with one of the longest running and highly acclaimed comedy improvisation teams, The Comedy Store Players. He has appeared in their twice weekly shows in London's West End on many occasions.

Dave has appeared on the West End stage in One Flew Over the Cuckoo's Nest, alongside Christian Slater and performed in numerous plays at the Edinburgh Fringe.

The film was also the winner of the BAFTA for the Most Outstanding British Film.

In the role of Daniel, Dave received glowing reviews and numerous award nominations:-

Dave also made it on to the American industry's entertainment bible, Variety Magazine's long list for an Oscar nomination for Best Actor.

As well as "I, Daniel Blake" (Sixteen Films), Dave has also played main roles in the following feature films:-