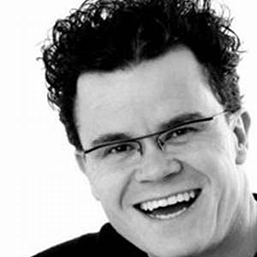 Dominic Holland is one of the country’s most respected stand-up comedians.

A Perrier Best Newcomer and Nominee at the Edinburgh fringe, he has performed five individual one man shows and continues to tour the country and beyond.

His first radio series – the small world of Dominic Holland won a comic heritage award and continues to be played regularly on BBCR7 – and this series was followed up by a series called Holland’s Shorts.

With countless television appearances to his name, including Have I Got News for You and the Royal Variety Performance, the Sunday Times described him as ‘a master of observational comedy’ and The Daily Telegraph said, ‘Holland is a top-notch stand up who everyone should see.’