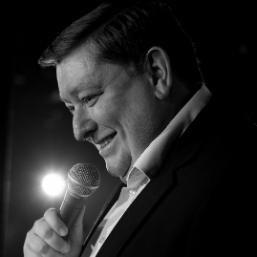 John Moloney has been a professional comedian for over twenty years – and headlines at all the major Comedy Clubs around the world, including the prestigious London Comedy Store. John has TWICE won ‘Best Live Performer’ at The London Comedy Festival, and was nominated as ‘Best Live Stand-Up’ at The British Comedy Awards. John Moloney is a world-travelled comedian, who has delighted thousands at Festivals, Theatres, and Clubs. From Melbourne to Edinburgh, from the prestigious Just For Laughs and Halifax Festivals in Canada to The Liffey Laughs in Dublin – John has been recognized as a true multi-award-winning comic talent.

John was also delighted to be included in Channel 4’s World Top 100 Stand-Ups.