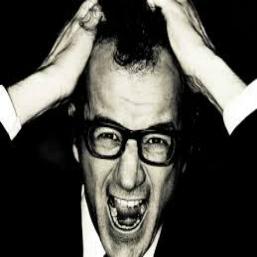 Raised as a Buddhist this ex-public schoolboy then trained as a Rabbi before being kicked off the programme for being caught with a naked (non-Jewish) girl.

He started his own PR firm when he was just 16, received critical acclaim for writing and directing a short film for Channel 4, and has had a number of senior roles in music video production companies. And now he’s decided to settle down and get a proper job – as a stand-up comedian, which started in earnest with his first trip to the Edinburgh Fringe in 2003.