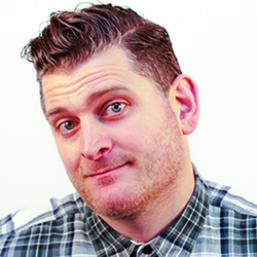 Toting his particular brand of uncompromising 'Punk-Rock' comedy, Justin Panks delivers unexpected punchlines and conjures up disturbing mental images that will stay with an audience for a lifetime.

Unapologetically fearless and committed to his cause he wades into the underbelly of everyday life surprising, shocking and delighting audiences with his well crafted jokes disguised as anecdotes.

Like a sufferer of Tourette's syndrome that has had time to edit and construct his most embarrassing and revealing outbursts before making them public, he creates genuine excitement and generates enough power to to fill any room. This is not an act for the feint of heart.

Since arriving on the circuit in 2009 Justin has already played The Comedy Store, Downstairs at The Kings Head and several comedy clubs nationwide.