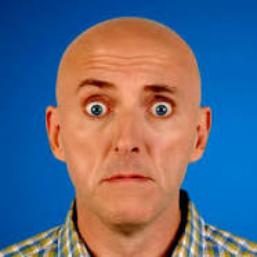 As a panelist on the football show, 'They Think It’s All Over' Lee helped draw nearly 12 million viewers each week with his quick witted banter.

Lee's other TV credits include presenting Shark Tank, Saturday Live, Salvage Squad and The Warehouse, and guest appearances on The Stand Up Show and Have I Got News For You.

On radio, Lee has guested on The Steve Wright Show, Euromix, Two Men and a Transmitter and The Robert Elms Show. He was team captain on Hold The Front Page. He also presented Wriggling with Eels, a study of Cockney comedians for BBC Radio 4.

Lee also performed a show called ‘Man v Woman’ in a few venues around the country. This was very well received and it spurred Lee on to book a 50 date tour called ‘Too Scared to Leave the House’ and then another tour called ‘Things That Make You Go Aaarggh’.