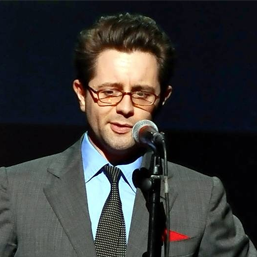 Matthew Osborn, won the 'So You Think You’re Funny?' new act competition back in 2002 – but has been off the scene for a while, which has definitely been the circuit’s loss.

His primary strength is in the clearly defined persona: a smug, jumped-up, privileged twerp who wouldn’t look out of place in a Young Conservatives conference. It gives him an arrogant sense of entitlement that runs through his material like lettering through rock, lending plausibility to his often harsh material.

Within that context, Osborn has found room for a heady mix of gloriously politically incorrect comments, casually unknowing self-deprecation and genuinely funny surrealism, as well as the gloriously patronising snobbishness The gags themselves are expertly crafted, perfectly timed and outrageously funny. The impact exaggerated by a very deliberate delivery that’s all his own.