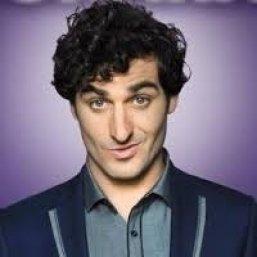 Audience favourite Patrick Monahan blends a high energy comedy style with hilarious and engaging topical and observational material. Known for working a room, Patrick is adored by his audiences with whom he makes an effortless connection!

From February 2016 the family’s favourite funnyman (and occasional disco dancer) is on tour across the UK with his brand new stand-up show The Disco Years! Charged by Patrick’s memories and reminiscences of being an immigrant to Great Britain, this is a laugh out loud show that is both thoughtful and smart as well as brilliantly silly!

Early in 2014 Patrick took part in the hit family entertainment series ‘Splash!’ (ITV) and appeared on the brand new series of ‘Celebrity Squares’ (ITV). He was also seen on ‘Fake Reaction’ (ITV) and on ‘Man Up’ (Fox) and was a regular 2014 guest on ‘Not The One Show’ (London Live). Last year Patrick could be seen as host of ‘Jongleurs Live!’ (Sky) and on ‘12 Again’ (CBBC/BBC2).