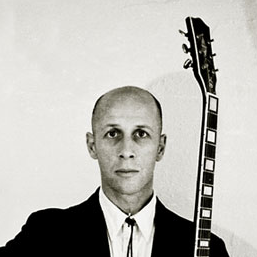 Pierre Hollins has been a comedy circuit favourite for many years, and has headlined clubs throughout the UK, Europe, the Middle East and Asia.

Pierre Hollins is a stand-up comedian, with a compulsion for absurd guitar posturing.

• He is: "always enjoyable, often inspired" The Source

• He has: "an easy going joyful manner, laced and juxtaposed with pathos and reality that only an experienced comedian and earthling can bring you" (Taking The Piste Tour)

• He should be: "made the mayor of a small village" Shanghai City Weekend