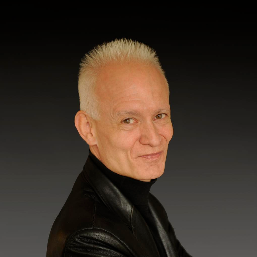 Richard Morton is a stand-up comedian, singer/songwriter, composer, TV/radio presenter, documentary maker, Time Out Comedy Award winner and founder member of the London Comedy Store’s long-running Cutting Edge show. Richard is one half of the legendary harmony singing duo, The Panic Brothers and has also composed and recorded two albums of instrumental theme music with The Rich Morton Sound that have been critically acclaimed. Richard has been an established headliner on the UK comedy circuit since the early 1990s, when he was also a regular support act on extensive UK theatre tours for stars such as Jack Dee, Jo Brand, Lee Evans and Phil Jupitus. Richard has performed his successful one-man show at prestigious music and comedy festivals all over the world, including Edinburgh, Latitude, Reading, Leeds, Kilkenny, Phoenix and Montreal's Just For Laughs.