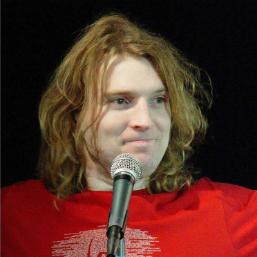 Dudley born comedian Sean Percival is a script writer, radio presenter and comedy speaker known for his work with Capital Radio in Birmingham.

Before becoming a comedian Percival was a welder but disillusioned with the harsh relaties of construction Percival began work as a comedy speaker in the 1990’s, till this day his comedy remains sharp and observant, drawing on his own experiences and highlighting some of the hardest aspects of working class society, creating comedy with his straight talking and upfront attitude.

Percival has worked alongside other British comedians and big names in the radio industry including Johnny Vaughan with whom he collaborated on the drive time radio show for Birmingham’s Capital Radio; however Sean Percival is also a celebrated comedy speaker in his own right, he regularly headlines shows at some of the most famous comedy venues in Britain, including numerous appearances at Jongluers.

As well as working as a comedy speaker for corporate events Percival has also performed at some of the biggest festivals in the UK, everything from Edinburgh Fringe Festival to Download and Sonisphere Music Festivals. Percival has an impressive following with fans enjoying the unusual performance style and sharp witted material in all his work as a comedian.