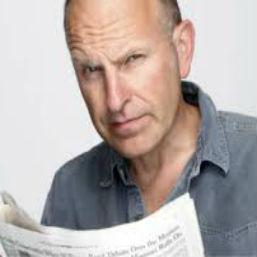 Wide range of corporate events (with or without autocue!) and private functions of all kinds.

Live at the Apollo. BBC1

A stalwart of Radio Four Comedy, having appeared in many episodes of the News Quiz, Armando Ianucci’s Charm Offensive, The Unbelievable Truth, Heresy, True Lies and seven series as anchor and principal writer on The Way It Is.

Appeared in Strongbow TV commercials in 2005.

Should be a show in that, somewhere.