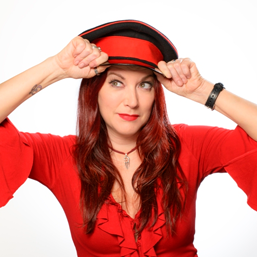 Starting her career under the stage name Harpie, Susan Murray was a finalist in the Daily Telegraph Open Mic in 1997 and won the first Jongleurs new act competition the following year.

She first went to Edinburgh in 2000 as part of the Big Value Comedy Show, and returned in 2004 in a two-hander with fellow Brummie comic Karen Bayley. Outside Edinburgh, she has also performed her own solo show, Eternal Optimist, about her search for a partner.

Her writing credits include ITV1's Sketch Show and Radio 4 sketch show In Crowd.