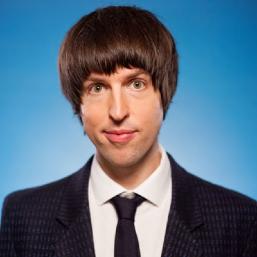 Comedian, writer, actor, filmmaker and voice-over artist Tom Ward has made a name for himself in comedy since appearing as a finalist in the BBC Radio New Comedy Award, Leicester Square New Comedian Final, NATY Final, and winning the Chortle Award for Best Newcomer in 2017.

Tom has appeared on Comedy Central at the Comedy Store, Stand Up Central, and Roast Battles for Comedy Central as well as Live from the BBC, and is the host of In Your Personal Space, a hugely successful interview series on LadBible seen by millions. He also created, writes and performs in his podcast People Talk.