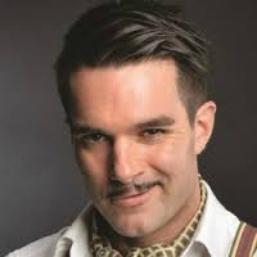 Milo McCabe is a character comedian with over ten years experience on the circuit. He has twice been nominated for the Amused Moose Best Edinburgh show award and was listed as GQ's Top Ten comedy shows of the festival. TV credits include ITV'S Benidorm, BBC3's Live at the Electric and various hidden camera and talking heads projects on Channel 4 and 5.

As himself, he is shortly to appear in US documentary 'Everyone has an Andy Dick story'.

As Troy Hawke he is currently touring comedy clubs and festivals in preparation for his 2017 show.

Troy Hawke is an erudite homeschooled 1930's throwback...the Errol Flynn of the high street. Educated, sophisticated, but utterly clueless. He tackles modern issues head on in his uniquely untimely manner.